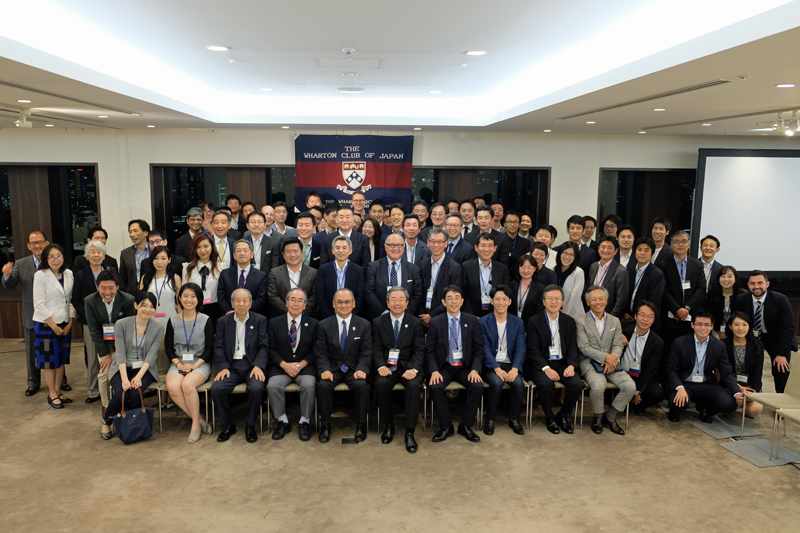 After opening the AGM by Nina Shingai (WG'16) as MC, Junichi Endo (WG'93), President, reported the club activity results in 2017 and plans in 2018.  Also, he called the name of Gold members and Gold sponsors to give credit to them.  Then he gave special recognitions to the three distinctive alumni.  After greetings of Lucas Hannell, President of Penn Club of Japan, Hiroshi Minoura (WG'84), Chairman, toasted and appreciated the support of the members. 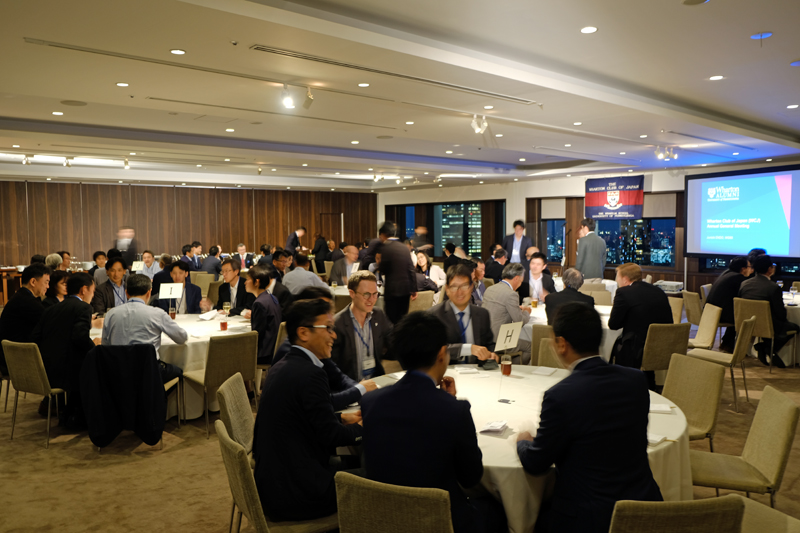 Akihisa Shiozaki (WG'10) introduced four entreprenuers who were featured on Nikkei.  And then asked them to come to the stage and made quick panel discussion moderated by Shiozaki-san.   That's fun!  They animatedly gave us great comments, in paritcular, for those enrolled students. 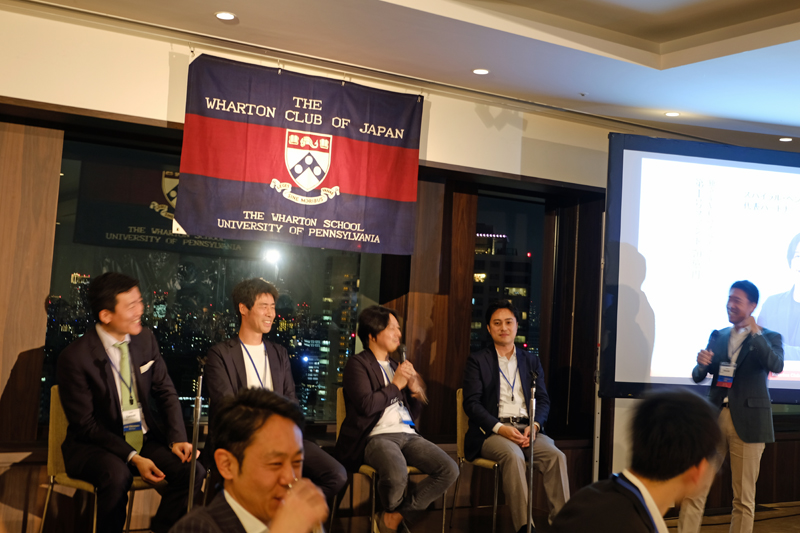 Then asked WG'18 and WG'20 to make self-introductions and gave us a few words. 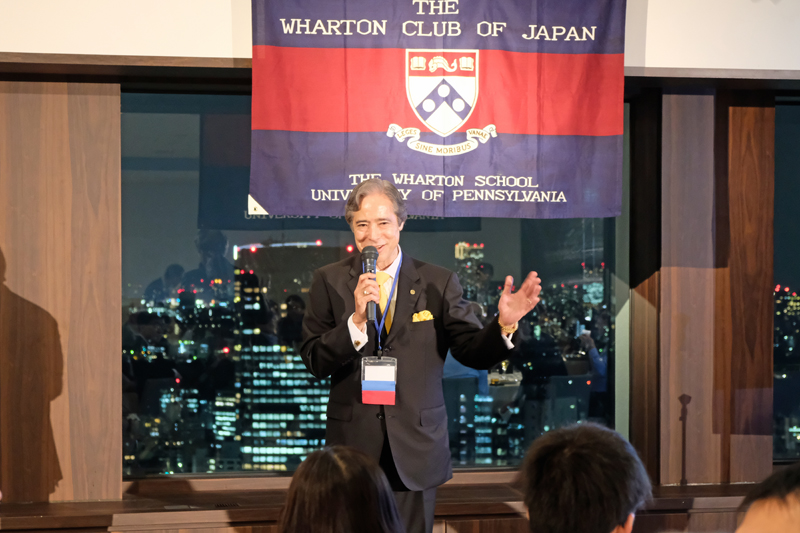 We are all happy that the party was quite successfully done with full of energy.  Let us keep good momentum!