Geoff Garrett, who last year became the 13th Dean of Wharton, visited Japan for the first time. In the morning, the sad news broke that Yotaro Kobayashi (WG ’58), former chairman of the Fuji Xerox Company and former Secretary-General of the Japan Association of Corporate-Executives, had passed away earlier that day and a moment of silence was held in his honor. 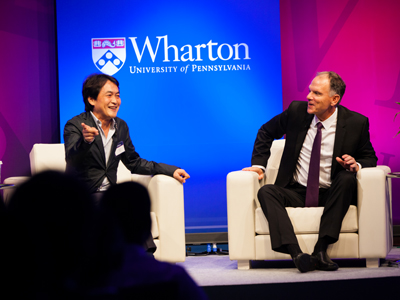 Afterwards, the alumni host speaker Takeshi Natsuno (WG ’95) (Special Invited Professor at the Keio University Graduate School of Media and Governance) held a Q&A talk session with Dean on the vision of Wharton School. Dean Garrett responded openly to Natsuno’s open, frank questions, and numerous questions also came from the nearly seventy alumni present at the event, making it a lively, entertaining session. MBA alumni were not the only attendees—there also were alumni from the undergraduate program, Penn College, and AMP present at the debut for the new Dean. 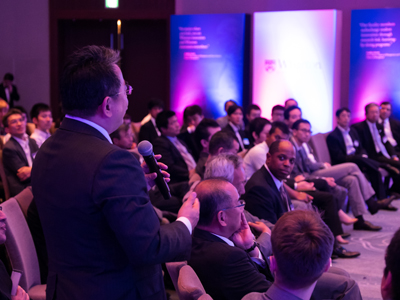 After the session, socializing dinner was held. 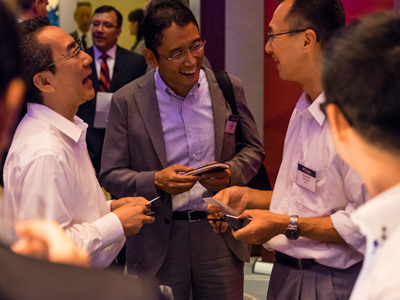