We have held the WCJ's first Film screening of award winning "Microplastic Madness" followed by an online discussion by inviting the directors, Atsuko Quirk and Debby Lee Cohen.

Yasuyuki GOTO kicked off the session and introduced two directors who kindly shared what inspired them to develop the film.  All the participants went on watching the film for about 75 minutes.

After the film, GOTO-san resumed the session and moderated Q&A on Zoom meeting.  Many of the viewers shared their comments.  Some were well impressed with the film and others were shocked to know how serious microplastic affected our sea.   One girl, probably the youngest participant and a daughter of one alumnus, noted she was shocked to know how our environment is damaged by the plastics.  Minoura-san, the chairman of WCJ, also noted that he was quite impressed with the story and format and enjoyed watching how the elementary school kids are growing and how the teachers and supporters enlightened them.

Hot discussion took place between one alumnus, a diet member, and Atsuko Satake, in the situation of Japan in terms of recycling plastics.  Consensus is that stakeholders in Japan should know the fact more via this film.

I'm also shocked that a fifth grader girl noted there will be more plastic than fish in terms of weight in her 43 (2050).  Overall the film reminded us of the significance of education which plays key roles to change mind sets, behaviors, and even politics; i.e., to develop "ability to make difference."

Overall the film screening and discussion made the time pass quickly. 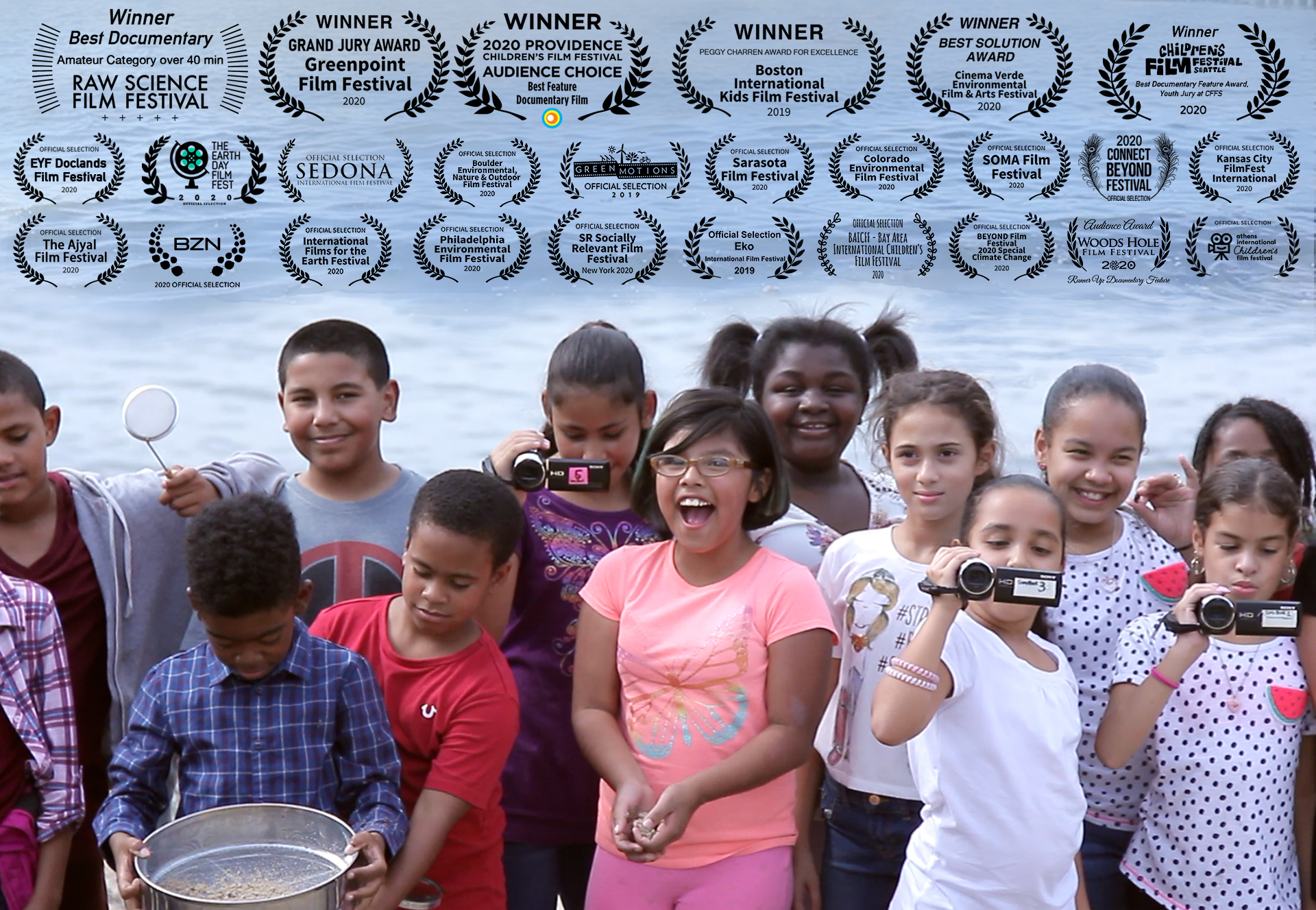 Microplastic Madness is an optimistic take on the local and global plastic pollution crisis as told through a refreshing urban youth point of view with an inspiring take action message.

Fifth graders from PS 15 in Red Hook, Brooklyn - a community on the frontline of Climate Change - spent 2 years investigating plastic pollution. Taking on the roles of citizen scientists, community leaders, and advocates, these 10-11 year olds collect local data, lead community outreach, and use their impressive data to inform policy, testifying and rallying at City Hall. They take the deep dive into the root causes of plastic pollution, bridging the connection between plastic, climate change, and environmental justice before turning their focus back to school.  There they take action to rid their cafeteria of all single-use plastic, driving forward city-wide action and a scalable, youth-led plastic-free movement.

With stop-motion animation, heartfelt kid commentary, and interviews of experts and renowned scientists, this alarming, yet uplifting narrative conveys an urgent message in user-friendly terms with a take action message to spark youth-led plastic free action in schools everywhere. The film has been accepted to 37 film festivals and received 7 awards. 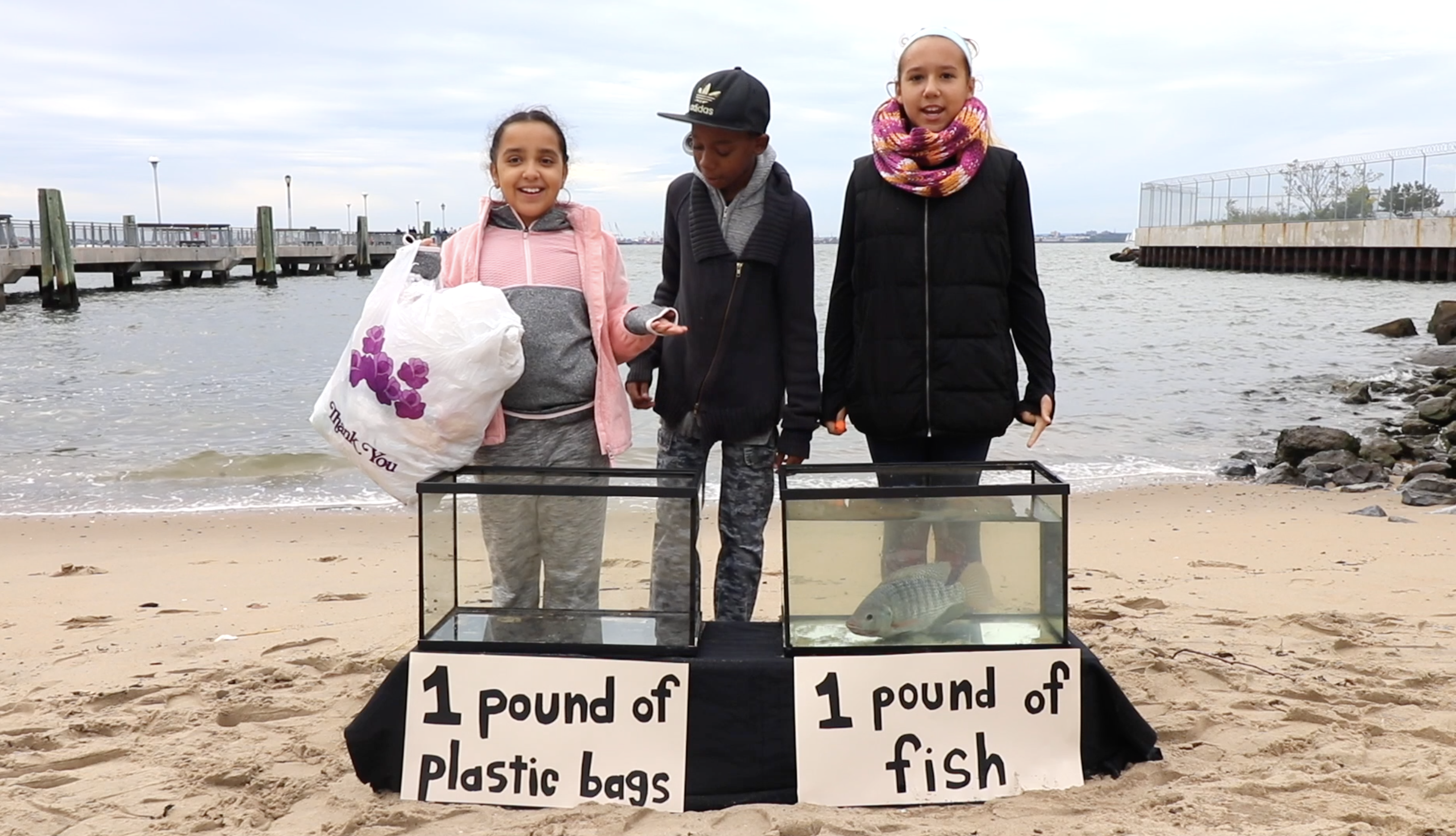 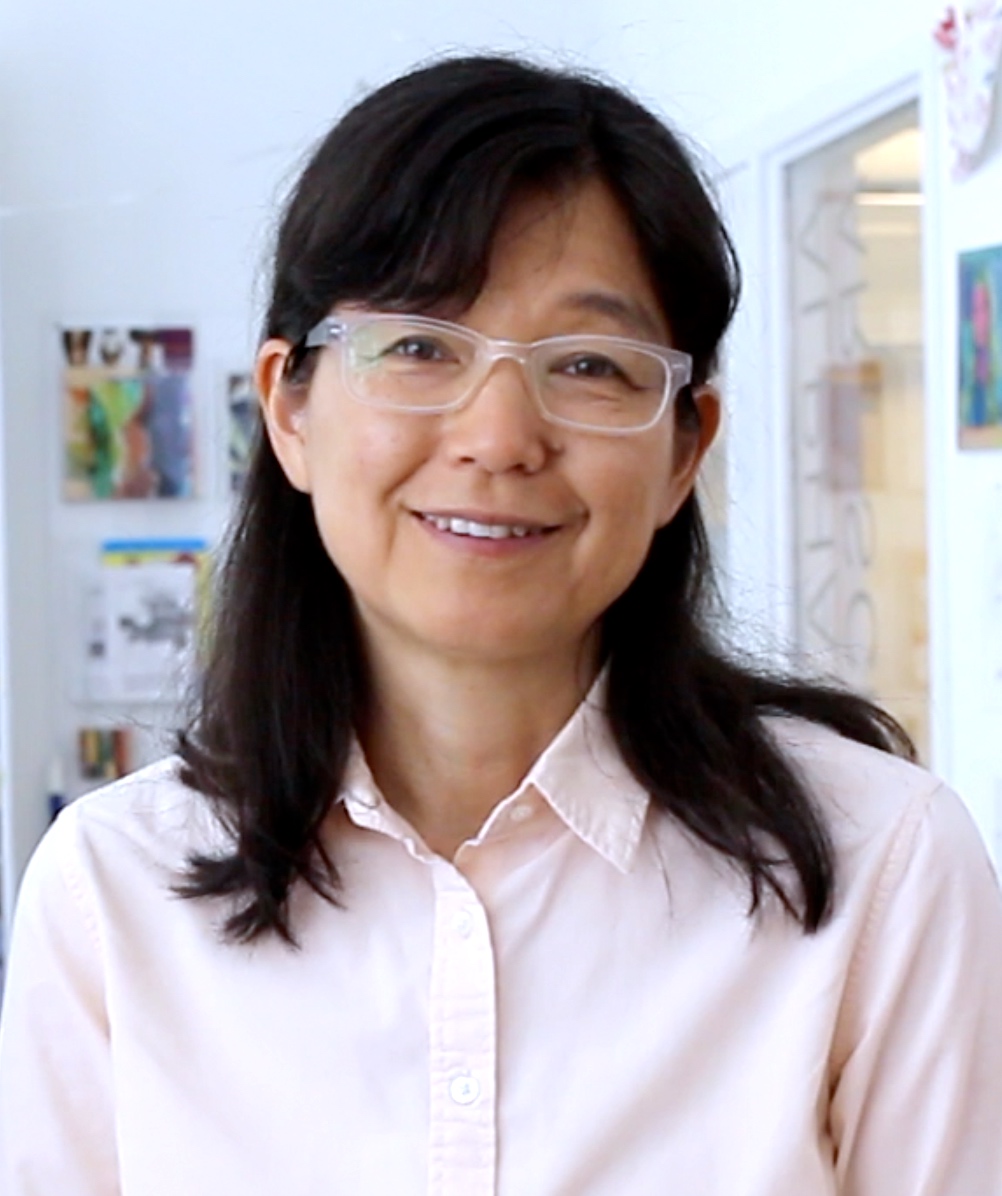 ATSUKO is a documentary filmmaker, environmental advocate, and Media Director at CafeteriaCulture.org (CafCu), and a 21st generation Samurai family member from northern Japan, living in New York City. She directed and produced “It’s Everybody’s Ocean,” a film about marine debris that won the best documentary short at NYC International Film Festival in 2014, two awards at other festivals, and has been shown in ten cities all over the world. “School Lunch in Japan - It’s not just about eating" (2010), her short documentary, has over 30 million views on YouTube! The movie conveys the importance of quality school mealtime and has inspired international audiences of students, educators, and school food leaders. Atsuko teaches videography, production, storytelling and leadership to underserved New York City youth through Cafeteria Culture’s school programs. 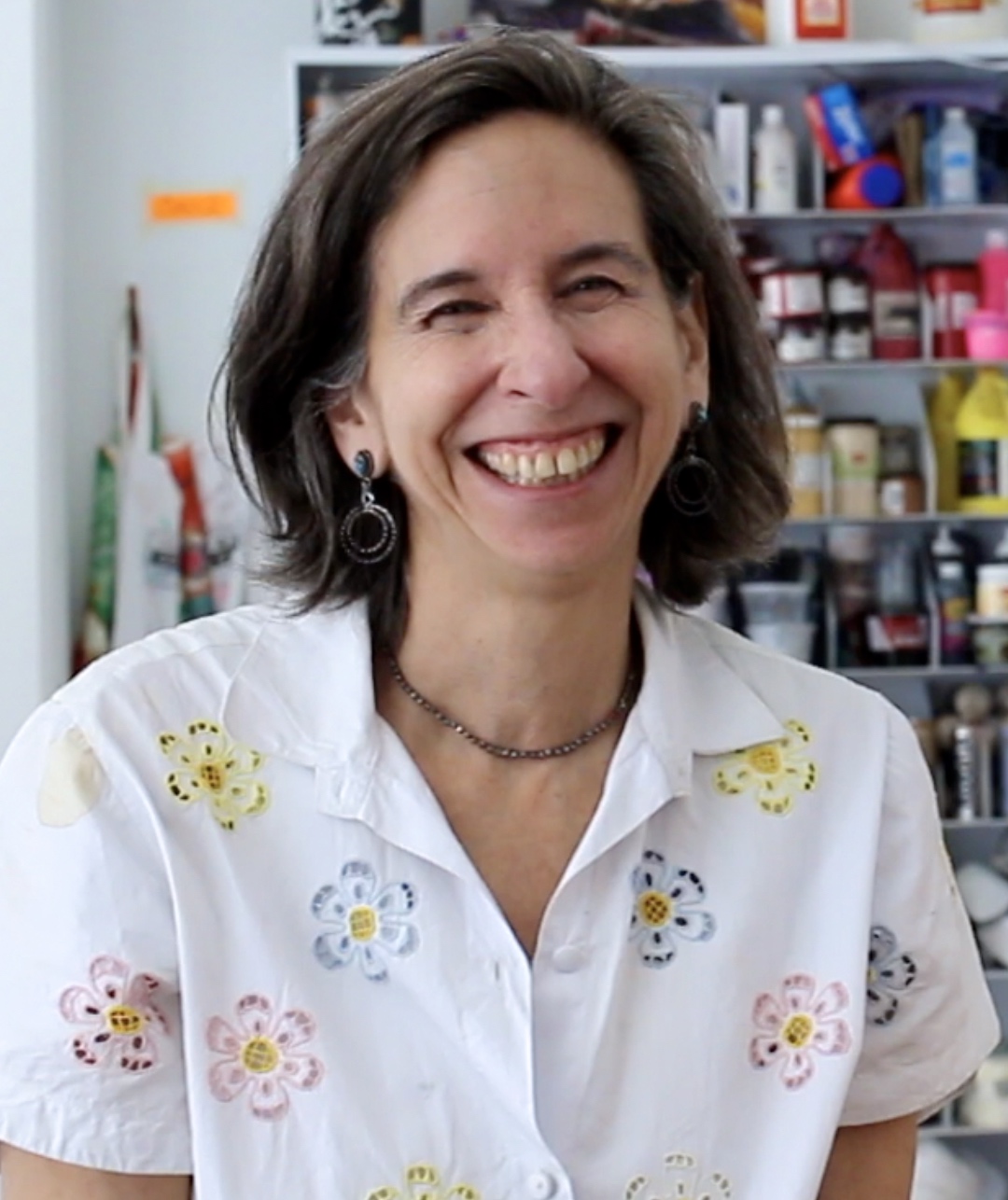 Debby Lee is a multi-disciplinary artist, zero waste activist/educator, and Founding Director of CafeteriaCulture.org. She worked as an art director, segment producer and consultant at HBO Family for over 25 years on many award winning shows, including SAVING MY TOMORROW and CLASSICAL BABY. She has designed scenery, giant puppets, and animation for theater, parades, film and television. In partnership with parents and students, she led the Styrofoam Out of Schools campaign that resulted in the elimination of a half billion plastic styrofoam trays per year from landfills, incinerators and students’ meals in NYC and nine other cities. For her zero waste efforts, she received a Proclamation from Manhattan Borough President Gale Brewer (2018), She is a member of Manhattan Solid Waste Advisory Board and Plastic Free Waters Partnership NY/NJ Steering Committee. She presented at the United Nations in 2016 on urban youth action on plastic marine pollution. 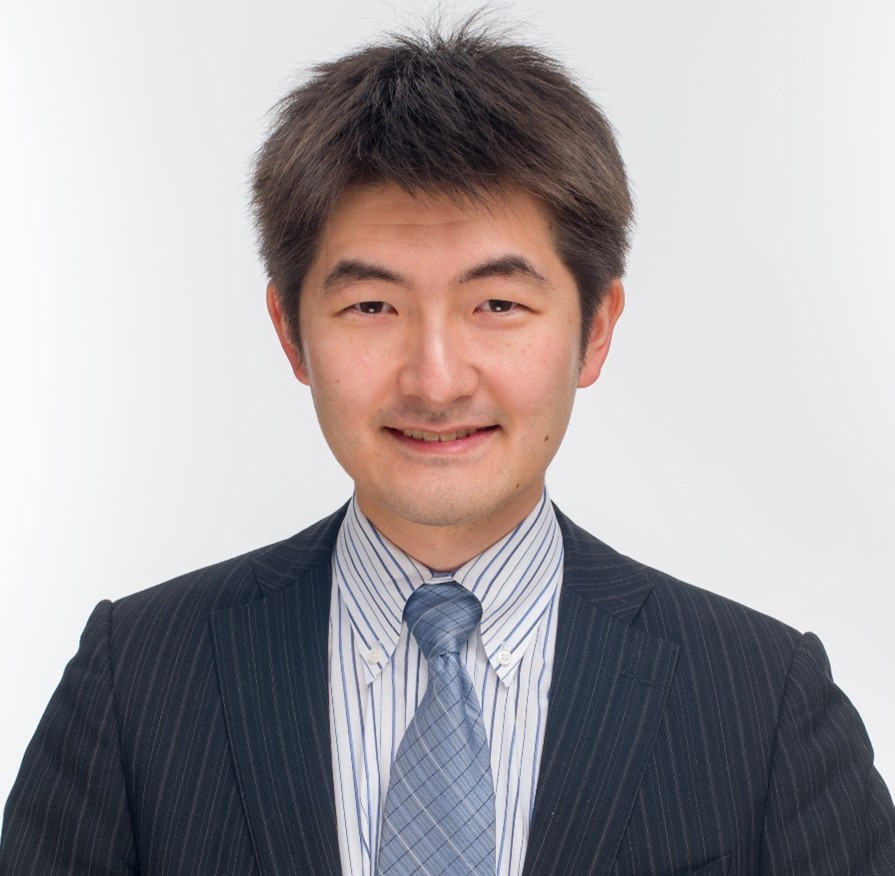 Yasuyuki (or Yasu) was born in Tokyo, Japan in 1985, and grew up there until his junior year of high school. Since 2002, he studied abroad to the US and graduated from Brown University (Art in Bachelor majoring in International Relations) in 2008. He also went to Nanjing, China where he finished his graduate studies in International Relations from Nanjing University in China. After returning to Japan in 2010, he began his professional career in finance where he spent total of nine years across three different companies for various roles in their respective Tokyo offices. (Equity research at Macquarie Securities, and Investor Relations at both PIMCO and Blackstone Group)

Currently, Yasu has his own entity to provide the research on both international economics and fundamental analysis of corporates as well as to support some Japanese startups for their fundraising through the experience and network built during his academic and professional career. He also helps supporting the administrative aspect of Wharton Club of Japan (WCJ) together with Mr. Masanori Kanda, Board member of WCJ.

In April, 2021, Yasu is publishing his first book in finance in Japanese named “Saikyo-no-Gaishikei-Shisanunyou-jyutsu”. He also used to figure skate at competitive level when he was young because of his mother working as professional figure skating instructor in Tokyo.