Networking#10 was held on May 17.  We have a special guest of Professor Gultekin, associate professor of finance at Wharton School.  14 alumni, with diviersified mix from W74 to WG20, enjoyed dinings of Bistro En Ballon.  Also we have two WG19 including Ryutaro Oya and Olivier Peroussaut.  Olivier is appointed Pub Outside Penn (POP) City Captain for Tokyo to promote a sense of communicty among Wharton students and alumni during the summer.   We'll plan to POP with him in this summer and don't miss it! 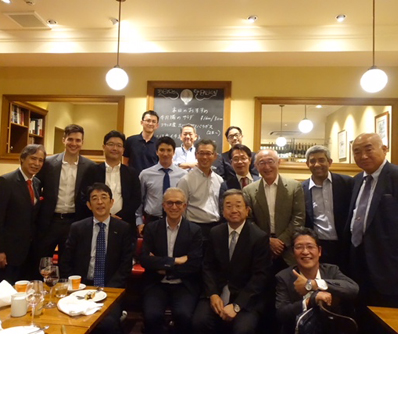